Do you have what it takes to become a broker?View Webinar×

Deadheads. Deadhead miles. Deadhead trucks. Tractor-trailers sometimes have empty flatbeds attached or might not have a trailer hooked up. If a truck doesn’t have a trailer attached, it’s a deadhead truck in trucking terminology. It means that the driver dropped off a load and is on their way to pick up another load or headed home without a load.

When driving without cargo, drivers lose money. These empty miles still require paying for fuel and putting wear and tear on your trucks.

Here’s information on avoiding deadhead miles and increasing your profitability between loads.

What are deadhead miles?

Deadhead miles are the number of miles you drive with an empty load, either returning to home base or driving to a new destination to pick up a new load.

A deadhead truck is not the same as bobtailing—driving a cargo truck that doesn’t have a semi-trailer hooked up. When a driver drops off a load and travels to pick up another load, the distance in miles they travel are deadhead miles.

Drivers have times when they’re not carrying loads, but they are unprofitable miles unless they’re getting paid for their deadhead miles. If there’s no load to carry, they’re losing money.

The goal for drivers is only to go relatively short distances without cargo. Drivers have to monitor the money they make carefully. They have to pay their IFTA taxes, make money, be profitable, etc. If they can’t make that payment, they’re not eligible for an IFTA sticker in the future.

Do drivers get paid for deadhead miles?

As an incentive, drivers sometimes receive pay for deadhead mileage. Some drivers get deadhead pay because they may not want to travel outside of a specific area for pickups. However, if you’re not getting deadhead mile pay, you want to minimize the empty miles between loads.

Let’s say a trucker drops off a load in New York and then picks up a load in Florida, where he wants to vacation over the winter. He will have about 1,000 deadhead miles to cover to reach his next destination.

To avoid the financial impact of deadheading, brokers and shippers might add an incentive to some trucking job assignments. For example, a broker might pay 60 or 90 cents per deadhead mile. This gives the driver some compensation to cover costs and, hopefully, remain profitable. That same driver heading to Florida might make a pickup on his route for extra money if a broker pays deadhead mileage. Finding more deadhead mileage jobs also means less wasted fuel, cutting into profits.

Keep in mind not every broker pays deadhead miles. If you’re an owner-operator, this is a big consideration. It’s not as big a factor if you’re a company driver as you’ll likely receive deadhead pay. 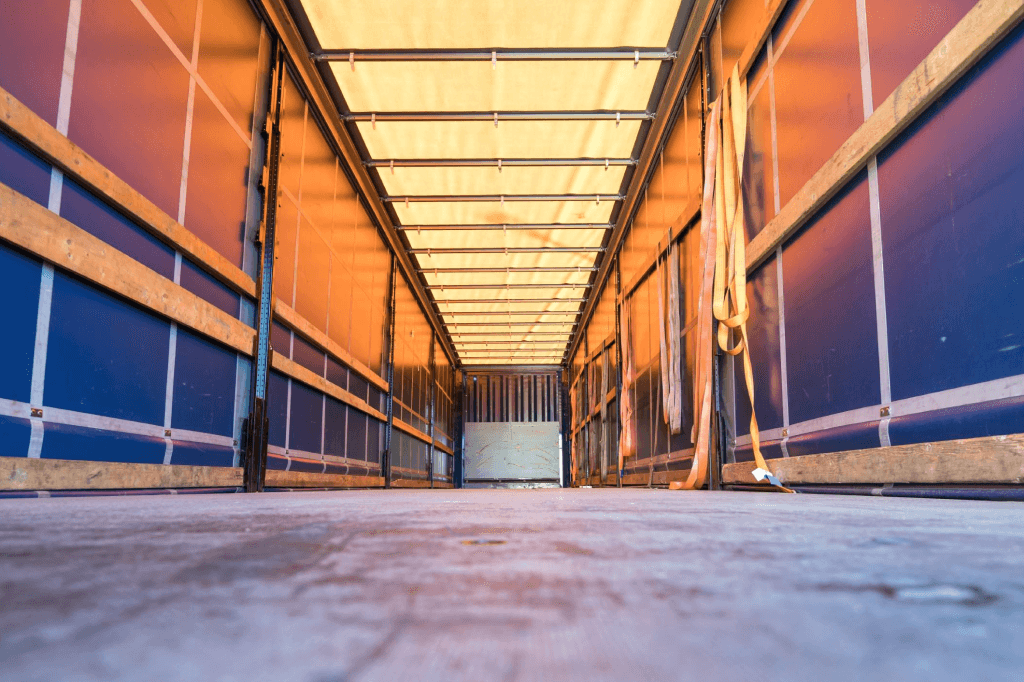 The cost of driving deadhead miles

Empty miles cost money, especially if you’re an owner-operator on the roads today. If you’re not being reimbursed for deadhead miles, that means paying for fuel out of pocket. If you’re not careful, this can quickly make a load unprofitable.

Besides fuel costs, you are also putting additional wear and tear on your truck. This increases your maintenance costs without any incoming pay to offset the expense.

On top of all of that, when you’re driving deadhead miles, you’re spending time that you could use to haul other loads and earn money.

Not every lane is perfect, and drivers often look for ways to help them avoid deadheading. Truckers who need additional loads have a few options to help them avoid wasting diesel and cutting into their pay. However, it sometimes takes careful planning before their trips.

One way is to check for deadhead mileage. When a driver looks up new broker jobs, they can check to see if a broker is including deadhead mileage. This can help cover the cost of mileage if a driver has to drive empty miles for great distances.

Drivers might also want to look for loads that require return material. This can help drivers keep their trucks weighed down, especially in the winter months when high winds are a factor. If a driver can’t find a return load with the same broker, it might help to check with nearby brokers or shippers in the area.

Another area to explore is using load boards. These are convenient online job boards that connect shippers and carriers. Truckers can find available freight on their given routes. For example, they can also find loads in other destinations if they want to head south for warmer weather.

You can avoid empty miles by planning your trips in advance. For example, the Truckstop Load Board for Carriers can help you find high-paying loads to fill your truck and provide you with the information you need to maximize your pay:

With the Book It Now feature, you can get a rate confirmation in seconds and keep your trucks earning.

Deadhead trucking can be dangerous.

Deadheading truckers face all kinds of roadway challenges. From black ice to high winds, drivers need to take extra caution. A deadhead vehicle might weigh half its weight than when it’s full and make it more susceptible to weather threats.

Severe weather affects travel and safety, making it more dangerous to drive. Some deadheading drivers avoid bridges and take extra precautions during hurricane season due to carrying less weight. This can add extra miles and expenses.

Yet, severe weather is sometimes unavoidable and causes traffic delays. And that’s what happened in Utah.

On September 8, 2020, 45 semi-trucks toppled over on Utah roadways as winds reached more than 75mph. Trucks have a wide sail area (similar to a sailboat), making them vulnerable to wind interference. A 53-foot by 9-foot truck can have a sail area of 500 square feet. The same winds that only shake a passenger car can flip an empty truck. 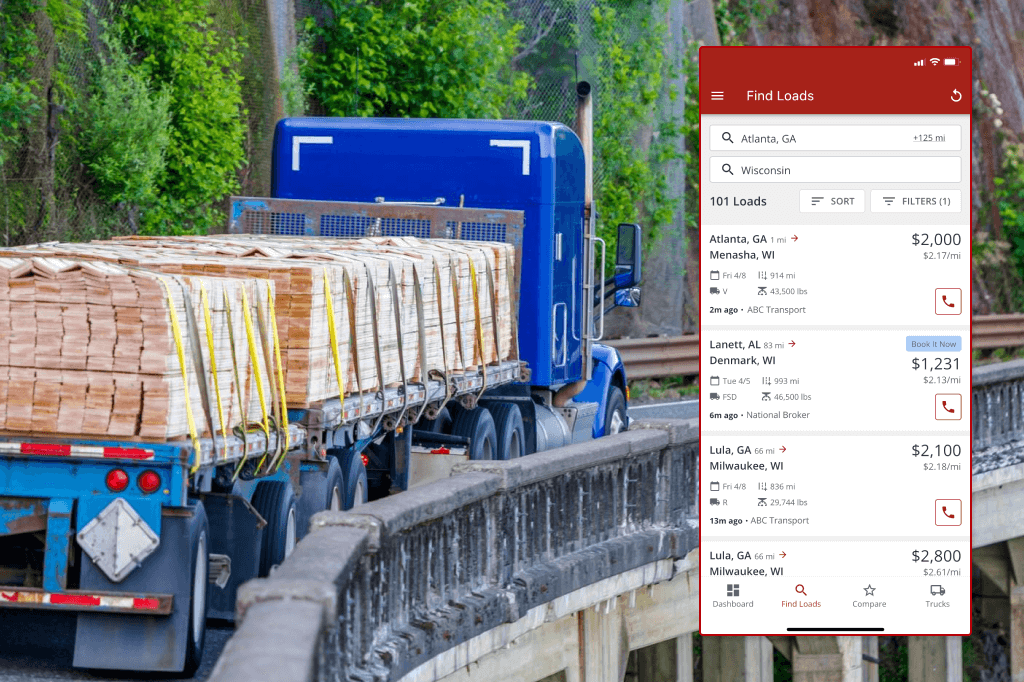 Get access to load boards and limit deadhead miles.

Truckstop has a convenient load board accessible via web and mobile. These planning tool helps drivers reduce deadhead mileage. With access to thousands of trucking jobs, drivers don’t have to worry about deadheading.

Sign up for the Truckstop Load Board to get started!

How a husband and wife team went from running a van to operating their own trucking company using Truckstop.