Everything You Need to Know About Wide Load Trucking

600 million tons worth of oversize or wide loads hit the highways annually, according to the Department of Transportation. Nearly 5 million permits are granted each year.

Wide load trucking can be a lucrative business, but you need to meet additional safety regulations. If you’re moving heavy equipment or oversize loads, you will need to get permits in each state you travel to and might be required to get safety banners, flags, and escort vehicles. There could also be restrictions on when you travel and which routes you take.

What is a wide load?

A wide load is a shipment that exceeds the state limit for length, height, width, and weight of interstate shipments. If your load is wider than 8.5 feet, it will likely qualify as a wide load or oversize load and require state-by-state permitting.

Your shipment may also qualify as a wide load if your load is taller than 8.5 feet, longer than 48 feet, or weighs more than 46,000 pounds. Requirements vary by state. For example, some states measure overall length. Others measure the length from kingpin to rear axle. Weight restrictions are applied per axle.

Width is the biggest factor due to the size of roadways. A typical interstate lane measures 12 feet across, but lower road classifications are narrower. Depending on the state, load, and route, you might also have to fulfill other requirements, such as signage, lights, and escort vehicles.

Examples of oversize or wide loads

The type of freight carried by oversize load trucks can vary greatly. Large construction, agricultural, and manufacturing equipment might all qualify as overside or wide loads. Here are a few examples of shipments that often qualify as wide load shipments.

The federal government does not issue oversize load permits. Regulations and permits are handled at the state level. For a multi-state shipment, that means checking the regulations in each state and getting the appropriate permits state by state.

As a carrier, you’ll need to meet state minimum insurance levels for liability to apply for permits. A typical insurance requirement might include liability levels of:

Besides permits, many states also require you to travel on specific routes when using state roadways. You will need to submit the exact route you plan to take when applying for a permit.

Be aware that some communities and cities require permitting as well. Only some states, such as Georgia, will issue permits on behalf of local agencies. Other states will make you aware of local requirements when you file your route, but you will still be responsible for applying for and getting local permits.

Each state has different requirements for transporting wide loads. Here are some of the things you need to consider when planning your route.

Check with each state on your route or use a permitting service to maintain the proper permits.

Penalties for failing to obtain permits or not following requirements can cost you thousands of dollars in fines. You could also face suspension or revocation of permits for failing to comply with regulations, not following your approved route, or traveling during times that aren’t allowed.

Most states restrict when oversize loads can travel on roadways for safety reasons. Typical restrictions limit transport at night or on weekends and holidays. If a pilot vehicle is required, most states will only allow shipments 30 minutes before sunrise and 30 minutes after sunset.

For everyone’s safety, you want to ensure other drivers know you’re hauling a wide load and to use precaution when driving near you. Most states require wide loads to have safety equipment such as flags, wide load or oversize load banners, and lights.

Nearly every state requires a black and yellow “Oversize Load” or “Wide Load” banner at the front and rear of the vehicle. Any time the load is wider than the truck bed, oversize loads should also have a square red or orange flag at the corner of the load. Typically, this flag is 18 inches.

If you are traveling at night or in case of low visibility, you might be required to have lights on your truck in the same place as the flags. Many states also require lights on top of the truck cab that must be rotating or flashing.

In some cases, you must provide two escort vehicles with one in front and one in the rear.

Permitted travel times also vary by state and sometimes by town or community.

Many states restrict oversize loads to daylight hours, although there are exceptions. For example, some states allow oversize loads up to 10 feet wide to travel at night on interstate highways or four-lane divided highways.

There are also restrictions on weekends and holidays in many states. In some cases, you might not be able to travel after a certain time on the day before a holiday due to increased traffic loads.

Permit fees vary by state, from as low as $15 to $70 or more, depending on the size and weight of the load. Some states allow you to set up an account with reduced fees for carriers with frequent wide loads. Look for annual permits if you haul similar loads over the same routes.

How to get an oversized load permit

To get an oversize load or wide load permit, you will need to contact state agencies and fill out an application. The U.S. Department of Transportation has links to each state permitting office on its website.

More than 30 states have automated permitting systems for single trip permits to make it easier to apply. However, many truckers and carriers choose to use a permitting service to handle the complexities of permitting, especially for multi-state shipments. Besides permits, carriers sometimes must also meet additional regulations such as the Highway Use Tax (HUT) in New York, fuel permits in Kentucky or Nevada, or Unified Carrier Registration (UCR) in multiple states.

Truckers can find and book quality oversized loads faster with the Truckstop Heavy Haul Load Board. Find quality loads and book them quickly. Get access to our trustworthy network of brokers and shippers, get the best heavy haul, wide loads, and oversize load rates.

Whether you operate a flatbed, step-deck or drop-deck, double drop, removable gooseneck (RGN), stretch or extendable, or multi-axle truck, you can find the right oversized load for you on Truckstop.

When do wide or oversized loads require an escort vehicle?

If your load is larger than 12 feet in width, you need an escort vehicle or two, depending on state-wide load regulations. Some states only mandate escort or pilot vehicles from 30 minutes before sunrise to 30 minutes after sunset.

How many safety flags and wide load banners do truckers need?

Depending on the size of your shipment, you typically need red safety flags on each of the four corners of your tractor-trailer. You will also need amber warning lights on top. Wide load or oversize load banners are usually also required on the front and rear of your vehicle.

If you’re traveling with escort vehicles, you might need to mark them with flags and lights as well.

What is the average salary for a wide-load trucker?

How much do oversize load truckers make? According to ZipRecruiter, the average salary for a wide load trucker is just over $55,000 or roughly $27 an hour. But ZipRecruiter’s survey also shows salaries as low as $21,500 per year and as high as $175,000 per year.

To make sure you’re getting the most lucrative jobs, take advantage of load boards and resources like Truckstop. Book a free demo to see how we can help you make the most of wide-load trucking!

7 Tips to Help You Pass Your CDL Test 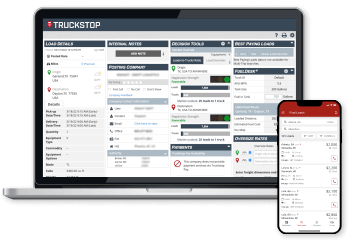 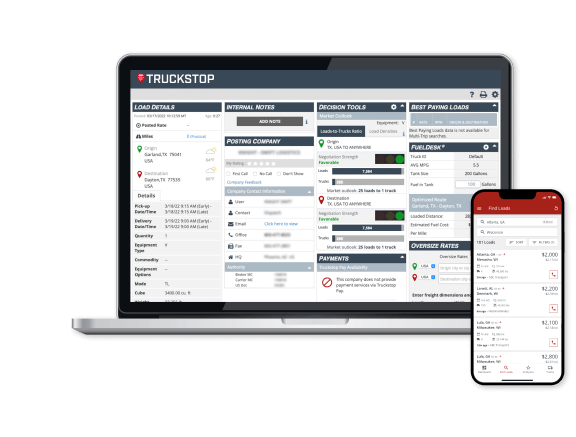 Buy Load Board Get Demo
327 shares